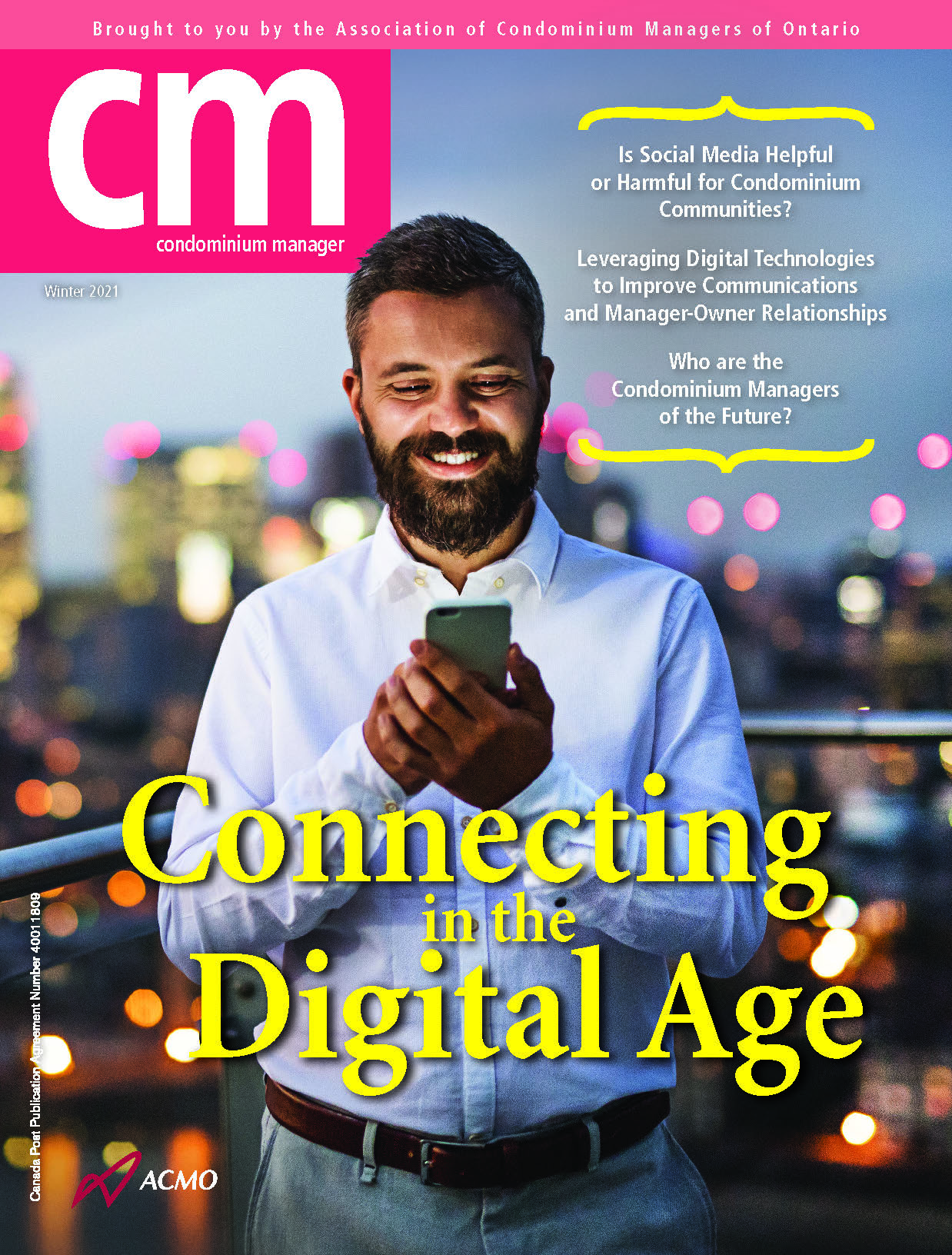 Think Before You Type: Responding to Social Media Attacks

Connecting in the Digital Age

Have you heard the phrase “keyboard warriors;” a person who makes abusive or aggressive posts on the internet? Some of you may have experienced extreme frustration with someone anonymously attacking your professionalism, credibility, or even your character online. Maybe the attacks are not anonymous; perhaps someone is blatantly and publicly propagating lies about you from behind their computer screen. They are hurtful and constitute harassment; make no mistake about it.

I know how you feel. Your head says not to care about what someone thinks about you when you haven’t done anything wrong – but your heart and your gut may not be listening to reason. You sit at your desk, and you stew about it. You become very sensitive to negativity, or your emotions run very hot, and you are quick to anger. Maybe this leaks into your private life and negatively impacts how you interact with your children, family and friends. Most of all, you do not talk about it because it upsets you. I hope I can offer you some help with some advice.

I don’t believe that I can fix the internet, but social media platforms, google reviews and email have clearly taken a toll on society. Ask any condominium manager, and they will tell you.

Tip #1: Don’t Fan the Flames
The best weapons you have in the fight against digital attacks are reason, calm, and truth. There is a tendency to want to prove the attacker wrong. You bombard them with facts, act like a lawyer and pick apart their claims, or worse, go on the counterattack. That is a natural response but one that may do more harm than good. The first question to ask yourself is, why do you care about what was written? The answer is likely that you do not want others to read that person’s views and believe their false statements about you.

The number one tip when responding to an online attack: do not type your response to the cyberbully but rather direct your response to others that may read it. Here is an example to illustrate:

Comment: The management company or the manager tickets unfairly and harasses owners who pay the managers salary

Response: The nature of condominium living requires that rules, determined by the Condominium Corporation and shared with all owners, are followed. These rules are enforced by management so that all residents can enjoy a safe and inclusive living environment. Often, tickets are given because vehicles are blocking
emergency fire routes, accessible parking spots, or reserved parking without an approved pass, making it a danger or obstacle for others. Unfortunately, those
that do not follow the rules that all must abide by will be subject to tickets and fines, even if they think it is unfair.

Tip #2: Publicly Address the Attack and Then Take the Conversation Offline
You never want to ignore an attack. Let your followers know you are aware of the accusation and take steps to address the complaint while taking the fuel away from the attacker. You want to defend yourself, but not be defensive. Often giving the attacker direction on how to submit a legitimate complaint with regulating or legal bodies will stop them in their tracks while letting the reader know you are not afraid of the allegation.

Comment: Avoid at all costs! Our manager steals from us and pays fraud invoices. Specialists in illegal charges and raising fees to deplete funds. All of the managers are crooks!

A suggested response could be,

Response: All our managers follow operational standards and adhere to a strict code of ethics. We stand behind our reputation of accountability and proven satisfaction with our clients. These are very serious allegations, and we suggest that if you have proof of such illegal activities, you file a complaint with the CMRAO.

Responses like these are almost always met with digital silence. Your cyber attacker has had their say, and they have often calmed down and abandoned their slanderous campaign – but not always.

If things do escalate, some options should be explored. First is contacting the corporation’s lawyer to determine if the behaviour or language meets the threshold of harassment. If the comments are made in a public forum, they may even be grounds for a libel claim, although that can be difficult to prove and expensive to pursue.

On one occasion, an anonymous complainant called one of my managers a pedophile in a google review. I felt so strongly that I contacted Google, and they had that post removed along with the person’s right to post reviews. Report the comment to the social media’s Community Standards department to have them remove the harassing or libellous claims.

Tip #3: Don’t Get Emotional
Empathy, understanding and compassion are sentiments that some readers recognize. However, others can perceive it as sarcasm, and let’s be honest, sometimes it is. A passive-aggressive response may only cause the writer to double down and escalate the issue.

Comment: Our manager should be fired for harassing us, accusing us and threatening legal action. Good residents who pay high fees should not be treated this way. Fire this manager and management company, or the owners will!

Response: I feel bad for people who feel attacked or threatened just from a letter asking them to follow the rule. It is unfortunate that others have to be subjected to someone who feels they are above the rules.

Instead, you may consider responding:

Response: Enforcing the rules is part of the manager’s responsibilities as directed by your elected Board. Ultimately, the direction of a community is determined by the majority of owners using the democratic process set out in the Condo Act. I have reviewed the letter, and although I did not feel it was harassing or threatening, I would be happy to discuss this over the phone and hope that we would be able to understand each other’s positions and resolve these concerns.

Escalating the content and the nature of the complaint are the biggest pitfalls to avoid. When someone digitally attacks you, it is important to remember that you are putting your responses in public and handing over content that can be used against you and misquoted in the public domain. Therefore, always speak truthfully,
using facts, not emotion.

Tip #4: Share Positive Content
In responding to negative reviews or comments, always state a positive benefit your services offer to the greater good. For example, when someone complains about being singled out for breaking a rule, mention that rules are there, not to inconvenience some people, but to the condominium community a safe place for all.

The best way to counteract the effects of negative attention is to take control of the narrative away from your attackers and own it. Use your social media to post positive reviews, testimonials, and compliments that you receive from satisfied customers (of course, always asking their permission).

When Complaints Turn to Harassment
Others (I am looking at you condo lawyers) may write far more eloquently about the nature and legal definitions of harassment. I think it is fair to say that
harassment is one of those things that you recognize when you see it or feel it. Harassment comes at a much lower threshold when it is in a public forum like social media. Luckily, it is possible to block harassing individuals on many of these sites or remove their posts. If all your attempts to calm the matter and resolve the complaint fail, this may be your only option. When doing so, publicly state that you have blocked them and your reasons, so other readers do not think you are hiding something.

Every condominium should adopt a Harassment Rule that includes social media outlets. I would recommend approving one before you are in a position where you are dealing with harassment from an owner. The danger is drafting a rule perceived as trying to silence one owner or group of owners.

There is still a place in our professional lives and society in general for civility and decorum. Social media platforms and google reviews – however anonymous – should not be exempt from these standards.

In My Opinion
I believe that those who choose this method of attack are not seeking a solution; they seek to inflict damage and pain – and the vast majority of readers recognize that. I also believe that it is difficult to dismiss and discount the opinions of others, even those who you do not know or respect. Allowing someone to pass their anger on to you is a destructive habit that can have far-reaching effects. But if you don’t take it personally and can move on from it, you will give yourself a sense of freedom and liberty.

Dean McCabe, RCM, is the President and Founder of Meritus Group Management Inc. and has been a property manager for 28 years. Dean completed his fifth term on the Board of Directors of ACMO and his third term as President of the Association earlier this year.
themeritusgroup.ca 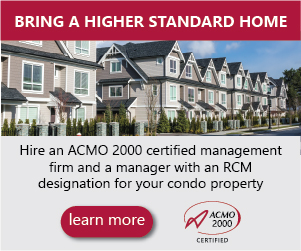